I HAVE A SPECIAL ANNOUNCEMENT!

It’s been one year since the duck made his first appearance with the burnout storyline, and now I’m proud to finally launch the beginning of Plucked Up as an ongoing slice-of-life comic series! 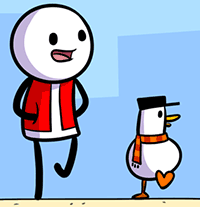 Plucked Up is exclusive to all my supporters on

Ko-fi!, and new comics will be posted fortnightly.

Oh and also there’s a spider on every page. Good luck!

I’m 33 and once again I’ve been completely spoiled by this amazing community.

This time getting together in secret to make this super awesome interactive Game Map, and with it drawings & messages celebrating moments & memories from the Twitch streams!

Huge thanks to SuperTux88 for coding all of this together (press Ctrl + ` to activate dev mode) Also special thanks to Everesce for drawing the map itself!

Here are a few examples of the different posts, and definitely check out the Game Map to see them all!

The Legend of Zelda: Breath of the Wild and deciding the fate of foxes with bits, by StevenDeLuxi

Mario Kart 8 in a very-distant very-alternate universe where Li (Exocomics) actually beats me, by Everesce

Planet Zoo and my priorities, by Anaryaa

A huge thank you to everyone involved, it was super touching and made my heart swell up (I should probably see a doctor). Below is a permanent VOD of the whole thing being revealed to me on Twitch:

Speaking of the whole thing, MarcMansfield over here with another incredible montage of a gazillion clips showing what the real Comic #500 really is. Check it out below (or this link) on YouTube:

You all make taking a step closer to death so much better!

I’ve added characters to the

Twitch stream! These are randomly generated per user, and are also persistent!

To see your character all you gotta do is interact with the stream while I’m live in some way (e.g. follow, subscribe*/gift sub, host/raid, cheer/donate, catch the spider, hydrate, etc) and you’ll pop up on screen in front of everyone!

P.S. if you find that the RNG gods didn’t capture your look the way you wanted, you can reroll your character (the full character, or just your hat/hair, face, or body) by using your bees (aka Channel Points) which you accumulate by watching the streams.

See you on Twitch! I’m gonna be finishing the new comic there very soon!

*did you know Twitch subscribers also get access to bonus panels?

2021 was a wild ride. Starting with celebrating 10 years of Loading Artist comics.. and then burning out and disappearing.. only to later return with Plucked Up - a side series born out of burnout, rising like a duck from the ashes.

Now I’m back with a renewed sense of where I oughta be spending my time, and with a more loosey-goosey mindset when it comes to making things. I used to obsess with making sure every pixel is “perfect”, spending hours and hours on stuff that, in hindsight, either isn’t even noticeable or worse: made the comic look over-worked or too rigid.

Some of you are probably thinking wtf is this guy on about, his comics never looked pixel perfect … and that’s exactly my point.

Anyway, I’ve thought about it and these are my top four favourite Loading Artist comics of 2021 (in no particular order): 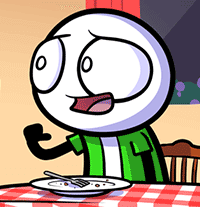 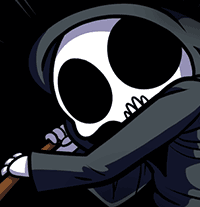 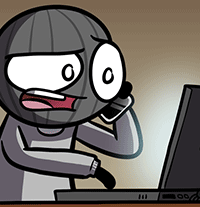 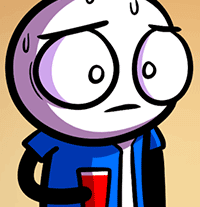 But overall, I’d say the comic that really stood out to me this year was the entire Plucked Up series, except it’s hard to compare it to the Loading Artist comics because they’re so different. Like comparing apples to… a longform comic about a duck. 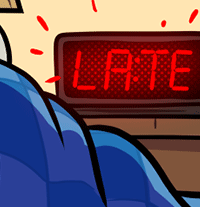 Thank you very much to everyone reading my comics this year, and especially to those who are reading these words right now. With people sticking to social media more and more, the ones who still go the extra mile to visit the site deserve extra acknowledgement, so thank you!

And that’s it for 2021! I’m really looking forward to some of the stuff I have planned next year! In the meantime, you can catch up on all the bonus panels you might’ve missed on my Patreon.

P.S. - Hall of Memes has been replaced by the #meme_ories channel in the Discord server, as it already serves as an archive for all Loading Artist memes from the streams and things <3

loadtoberJ 2021 has wrapped up and the results are in! Well, actually it was announced on stream a while ago, but now it’s really official!

Quick recap what this whole loadtoberJ thing even is: Basically it’s about taking the daily prompt from Inktober, and then

-ifying it in some way.

Here are the 5 categories and their prize winners!

MOST CREATIVE: MarcMansfield with “Tick”

The ‘Most Creative’ award goes to MarcMansfield

for this unsettling video as he’s definitely thinking outside the box (and possibly outside my window) and I’m not just awarding Marc the prize because I’m semi-worried for my life.

At the end of the video there’s a flash of suspicious numbers..

.. and typing them into Google maps as coordinates points to a place called Egg Lake Campground, which.. I’m now realizing probably doesn’t mean anything to you if you aren’t watching the streams because it’s an inside yolk.

from space, so bonus points for that.

I gotta give this award to Jamamp

for Funniest loadtoberJ entry as it still makes me laugh

, and when Exocomics saw it she couldn’t stop. Some say she’s still laughing to this day.

MY FAVOURITE: Grinzpilz with “Knot”

It was hard to choose my favourite. I mean, I definitely knew Grinzpilz

drew my favourite entry, but it was hard pinpointing exactly which one of his many amazing entries was the one to take the crown.

into the earbuds is something I would never have thought up myself in a million years. See all the other entries here.

Exocomics awarded Quiet_Artist the prize of being her favourite! Now to pass the mic over to her:

“I like this one because crystals are so hard to draw but quiet artist nailed it. The loadj is really well integrated into the crystal structure too. Love the sparkle on the eye!” - Li aka Exocomics

A FOR EFFORT: Psycho “Finbean” Manatee

Honestly everyone who participated in loadtoberJ deserves to get this award, but that would be crazy because I’d have to send out like a hundred prints and stickers to people and the shipping expenses alone would bankrupt me…

! A bunch of different styles and techniques on display here that definitely look like it took a lot of time and effort!

… and that’s a wrap for the prizes! To the winners: expect your exclusive signed art print and stickers in the mail soon(er or later)! I mean it’s being sent from New Zealand and it’s already Christmas time, so best of luck it shows up this year!

And to everyone else: thank you very much for participating in the second ever loadtoberJ!

Thank you for making it what it is! Because if it weren’t for all of you and your amazing submissions, loadtoberJ would just be me drawing loadJ entries under anonymous pseudonyms while quietly sobbing to myself…

… and I’d still lose to Grinzpilz because there’s no stopping that guy.