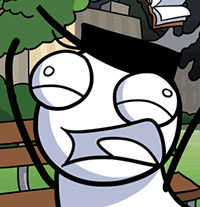 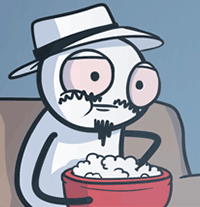 EDIT: I’ve removed the last three panels because I agree with some of the comments: it over explained the joke. Had I made the comic before it was due, with a clearer head, I think I would’ve come to this result. I feel much better about this new version (even without the comments) and I want to thank everyone for your comments, suggestions, concerns, and non-concerns.

For those of you who want to see the unedited version, click here.

Also, Jes was super happy about all the birthday wishes from everyone and she wanted to thank everyone again for that, it was really nice of you all, so thanks!